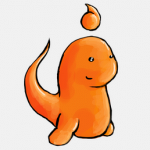 Hi, welcome to Aniphon Wiki! Thanks for your edit to the User:Domderek page.

Hey Domderek, thank you very much for all you've contributed thus far, looks like we're pretty much tied as far as number of edits goes haha. Aniphon is a very well-designed game that I've been enjoying since the day it was released, and I'd love to get this wiki to be just as well-designed. This is my first wiki, so I'm fairly new to this as well, but I've edited quite a few other wiki's in my day. User's should hopefully be showing up more and more as the game gets more popular, but until then, it's great to have another enthusiastic editor as another pair of hands. Thanks for all you've done, keep up the good work.

Hi! I asked the affection question and thought I'd help create this wiki :) I'll do the best I can but I'm not the best with web lingo so you might have to help tidy it up, thanks! x

Hey, thanks for the tip!

By any chance do you know how you can increase the number of aniphon you can carry at once? I remember seeing it once but I forgot. I have 10 max and can't catch any more!

Hey can I ask where you got those great new images for cozener and other aniphon, the nice large .png files are great! --Adammurg 09:55, December 12, 2011 (UTC)

Re: Cooldown on Overpowering Abilities

-Geraffes (I have no clue how to make my signiture like other peoples'.

Thanks for the message! I came here looking for information on some Aniphon and saw some pages I could contribute to so I decided to try it out. Dmunoz007 06:25, December 16, 2011 (UTC)

Thanks, that's a very good point. From what I can tell, in game references are fairly inconsistent. I think Aniphon is a proper noun in both cases, and should be capitalized in both cases. I know some descriptions have lowercased aniphon, and in quotes we can keep it that way, but it looks and feels better the capitalize in my opinion. If you look at the FAQ in the game settings, Aniphon is always capitalized. So yes, it's inconsistent, but seeing as it's a proper noun, it should be capitalized. --Adammurg

Hey just a thought, in case you were bored or something, not something that has to be done now, and maybe we want to discuss with more people too, but I was wondering if you could upload pictures of some of those water Aniphon with the words underneath, just to keep with the consistency of the rest. I too need to go through and maybe take the words out of the ability pages, seeing as most of those pages have images of just the icon. Maybe we can discuss image consistency with more people at some point down the road, and really it's not a big deal, so don't worry about it, just realized that Coz, Cosener, Glower, Tida, and Wielgus were the only different ones. But honestly, we may at some point decide we don't want the words in the images, and we'll change all the others, who knows lol. Just a thought, something we should start thinking about, with abilities as well.--Adammurg 07:54, December 16, 2011 (UTC)

That's crazy that you haven't seen a normal yet! I see Sandys and Fixxes quite often, with the occasional Kearnan or Cody. Still no Ouimi though, the only one without an image... --Adammurg 08:46, December 16, 2011 (UTC)

Retrieved from "https://aniphon.fandom.com/wiki/User_talk:Domderek?oldid=5289"
Community content is available under CC-BY-SA unless otherwise noted.